It started with a blue-eyed boy...

Maurice Victor Gosschalk was born on 14th March 1877. He arrived with “eyes of blue” into the arms of a family of Jewish immigrants who had settled in Hull and were owners of wool merchants and importers Messrs Dumoulin & Gosschalk. Maurice studied at Hymers College - he is still featured on the College’s honours board to this day - and then at Cambridge University. He then went into the law. 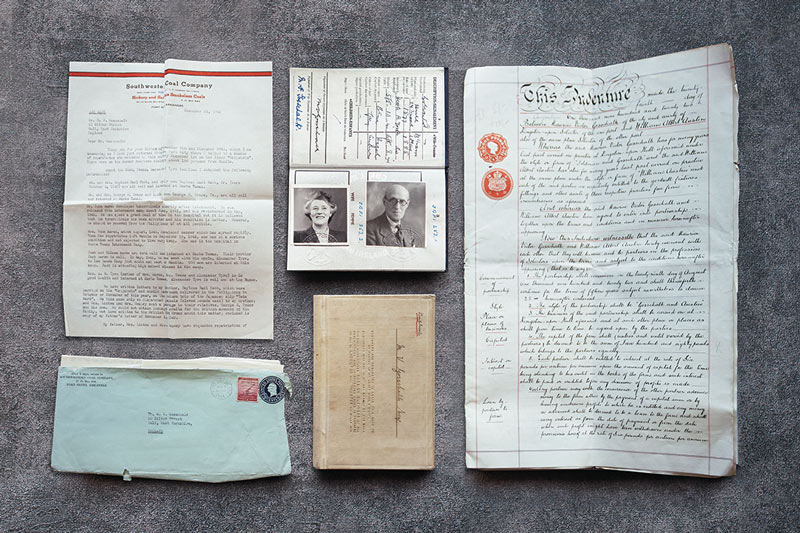 In 1911 we know that Maurice bought the practice of a Hull solicitor by the name of Samuel Jones Feldman. Although the new firm was called Feldman & Gosschalk it would seem it was essentially Maurice’s one-man practice working out of 30 Silver Street. This was the first time a practice in Hull carried the name Gosschalk.

On 29th August 1922, Maurice went into partnership with a William Albert Austin. Our records show that Maurice transferred the company bank account to Lloyds Bank around 1925, being given an account number preceded by four zeros. We still hold the same account to this day.

It was also around this time, according to a biography of her, that a young legal secretary by the name of Amy Johnson applied for a job with us. She was of course later to become a pioneering aviator and the first female pilot to fly solo from Britain to Australia. We do not allow high flyers to slip through our fingers these days but back then, unfortunately, it would seem we turned Amy down.

Not to be confused with his uncle, also Edward, who was killed in action in the Great War at Deville Wood during the Somme Offensive.

Maurice’s son, Edward, joined Gosschalk & Austin as its third partner in 1955. A well known local figure, Edward was also a judge who sat in Hull and decided on divorce cases. In those days of course getting a divorce was more difficult and Edward had a fearsome reputation for putting couples through their paces before he was convinced of irretrievable breakdown. Except, apparently, when Beverley Races were on. Such was his love of racing that on race days he would have his car and chauffeur waiting outside the Court whilst he made speedy progress through the morning’s list of cases to ensure he did not miss the first race. On those days at least, as couples who had expected his usual rigorous examination were in and out in five minutes, it would seem Edward Gosschalk was a pioneer of the "quickie divorce".

On 11th April 1965 his horse, Brasher, ridden on the day by Jimmy Fitzgerald, won the last ever Scottish Grand National at Bogside racecourse. Picture below.

As well as his love of racing he was interested in flying and aviation. A great character indeed. 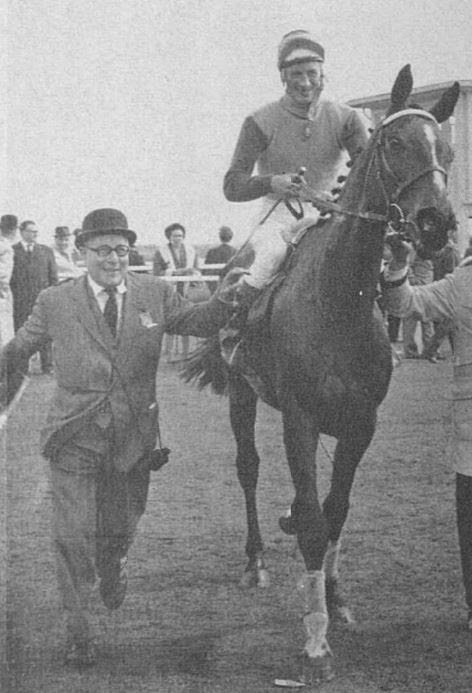 Terry Wheldon, whose father Walter had been a clerk with the firm, joined as a partner in 1964, eventually buying out Edward Gosschalk. This was the start of major growth at the firm.

All this recruitment meant that by 1974, the firm had five established partners: Wheldon, Beharrell, Winetroube, Atkinson and Green.

Simon Lunt joined from Rollit Farrell & Bladon in 1976 to start up a Corporate Law department. He was made partner in 1978 along with Ian Lanch, a crime and matrimonial lawyer at that time, subsequently a specialist family law solicitor.

From that point on the firm took off in a much more commercial direction, and started to attract more commercial property lawyers and commercial litigators. Simon retired from the practice on 31 August 2020.

The 80s and early 90s was a period of huge growth for the firm, especially within the pub and leisure industry. We took on experienced litigation lawyer Liam Barlow in 1981 as well as property lawyer Dick Llewellyn in 1982.

In 1984 the firm merged with another local firm; Chambers Thomas and Williamson. Partners in that firm, Hugh Williamson, Bill Waddington and Bruce Wilkie became Gosschalks partners and the firm was renamed Gosschalk Wheldon Chambers Thomas.

Dick Llewellyn teamed up with Les Green to win more property work from the brewing industry. Les, a big work-getter, brought in the clients while Dick serviced the property and transactional part of the accounts. This perfect partnership, and the relationships it built with national clients, undoubtedly laid the foundations for what the firm has become today.

“Dick had been on the other side of the transaction and made life extremely difficult for me, he was an excellent lawyer so I thought we’d better have him on our side rather than against us.” — Simon Lunt

When the Beer Orders came into force in 1989, many of our clients who were brewery and leisure company owners saw an opportunity to be property owners of pubs rather than brewers. Gosschalks’ expertise in that area of work continues to this day.

After Terry Wheldon retired in 1992 we became, simply, Gosschalks.

With the firm growing rapidly, we needed more room. As well as three buildings on Parliament Street, we expanded our base on Silver Street to 27-30, and took premises on Bowlalley Lane and Land of Green Ginger in 1990. But by that time, Simon and his partners were already hatching a plan that would make a huge statement about the firm.

The risks, the setbacks, the sleepless nights

The truth was that by the late 80s, whilst we had established an impressive list of national clients that included Grand Metropolitan Estates, William Hill, Enterprise Inns (now Ei Group), Punch Taverns and Mansfield Brewery, the general perception was that we were a humble, provincial law firm from Hull. Simon’s vision was to move the firm to a location in the city that would transform this perception locally and nationally, and help put Gosschalks on the map.

Many buildings across the city were considered. An old post office, a warehouse, a pub and restaurant, a derelict supermarket: all were rejected as not being workable. After meeting with the architects who had built Mansfield Brewery, Simon became set on building a new office from scratch. It would be like no other building in the city at the time.

A dedicated law firm office set over four floors, complete with its own deeds storage facility.

The site we eventually found did not in fairness look promising at first glance - a bare patch of land originally intended to be used for the west wing of a new police station but left derelict since World War II, on Queen’s Gardens. It did however include the added bonus of an undergrond bunker, used as a ARP Command Centre during the war - perfect for a secure deeds storage facility. Not all the partners were convinced to start with but Simon was convinced it was what Gosschalks needed to take the next big step forward and eventually things started to get moving after five of our then partners agreed to invest alongside Simon: Bruce Wilkie, Liam Barlow, Tony Clark, Neil Johnson and Bill Waddington. Eighteen months of meticulous planning followed. Late night train rides to see the architects in Leeds, early morning inspiration, blueprints redrawn, models recast, last-minute changes, boardroom arguments, meetings after meetings after meetings.

Then, in late 1991, the building works finally started. Though it wasn’t long until the next setback. Halfway through the project the builders went bust, leaving an empty shell and another mountain of rubble to climb. But that’s another story…

Soon after, fresh building contractors were found, the building was eventually completed and the doors officially opened for the first time in November 1994.

And so with the opening of our new offices we moved into the modern Gosschalks era. It’s hard to believe we have enjoyed over a quarter of a century in our current home but time passes quickly when you're having fun. 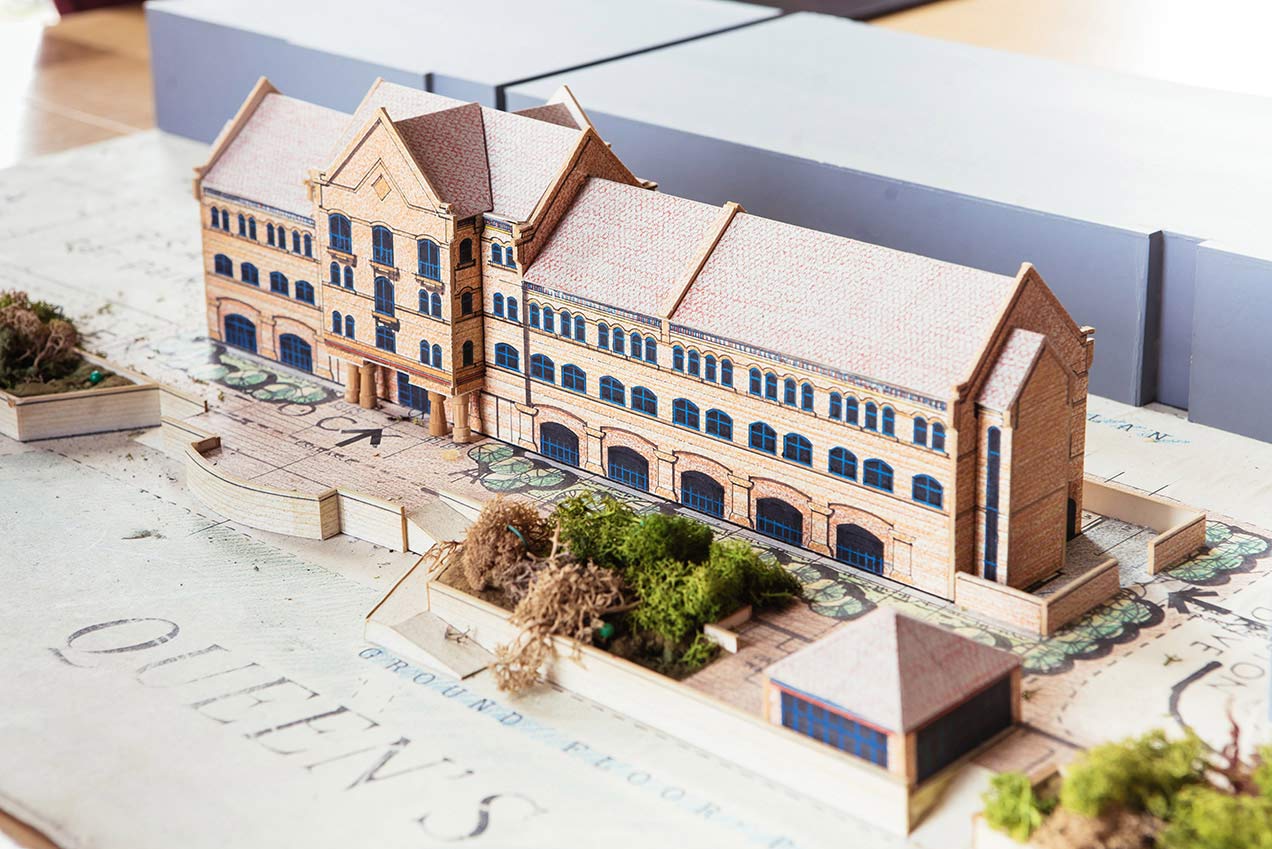 A wooden model of our current Queens Gardens home.

Further growth and expansion was the order of the decade with significant client wins in a range of core sectors as the firm established itself as a leading practice in a range of disciplines. Technology reigned and a swift adoption saw the firm progress quickly into the new digital world.

It was throughout this decade that the culture we enjoy today really began to take shape and a fantastic camaraderie flourished throughout the firm. It would became the basis for sustained growth and ambition.

A real focus on people has seen the firm continue to progress and maintain outstanding client and staff retention rates. Our investment in the right people, in technology and a detailed strategic approach to our business development has stood us in good stead. We're pleased to say that whilst many of our staff have only known the Queens Gardens offices, quite a few have been with us since the days of our old offices in Parliament Street, Bowlalley Lane and Land of Green Ginger. Like all of our staff they are part of our rich history and, just as importantly, part of our future.

We remain as ambitious as ever and we're here to help our clients, whatever their challenge.


Thanks to Simon Lunt, Ted Flanagan and Steve Savage for their help collating the information on this page. We're always interested to learn more about our rich history so if you have anything interesting that you would like to share then please get in touch.